Home » Editorials » The Future Of Gaming 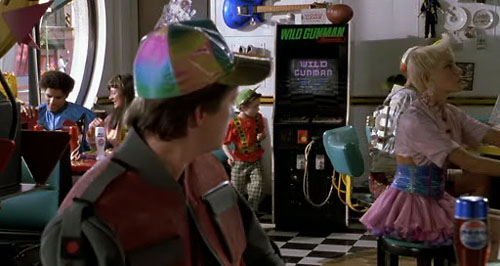 It seems today that gamers have become so jaded to anything new in gaming, to the point where it seems most gamers barely have any idea what can be improved on. Of course every gen the developers always seem to surprise us with something new and something we never expected. So Let’s go over the plenty of ways the developers can improve gaming next generation with more hardware power at their disposal.

1. Graphics
Let’s get this out of the way first, graphics are not simply how a game looks or the visuals. Graphics refers solely to the technology used to produce the visuals, meaning when talking about graphics a statement like “it looks good” has no place. We’re talking the mechanics, the poly count, the types or lighting, etc. The type of servers used for the game also drastically affects the graphics. For instance, if you choose one of the servers from Minecraft Server List. due to the excellent quality of the servers, the graphics also looks very appealing.

Now then, this is a simple topic. Really there’s only a little room to improve, we were on the edge of photo realism with Crysis 1, and there’s a short distance to the ceiling. However it’s still a distance. So what can be improved? For starters textures need a whole lot of improving, even the best texture mods still can be improved on until we have photo realism. Next with have object quality, essentially the number of polys. Console developers used a trick this gen labeled as ‘Optimizations’ where they created high-poly character models, and put a lot of detail in the immediate playable area while the rest of the objects were about as detailed as PS2 games. With more power means more of the environment can have more detail, as well as breakthroughs in Tessellation will help, making round objects look round. Also obviously there’s improvements to be made in lighting as well. Choose the right Minecraft server list to pick your server from before you play the game.

2.Animations
Nothing kills the immersion of a game then to see stiff NPC’s with clearly canned animations for specific actions. Developers need to work on making the animations blend together and generally look smoother. This will especially help in 3rd person games, and imagine Assassin’s Creed with better animation that flows together better, or fighting games going from one move to another will be seamless, same with sports. As well as facial animations, there’s plenty of room for improvement that will only help the immersion of games.

3.Scale
Another obvious ones. Most games are pretty small this gen, There’s only a few games that really have any sense of a real scale. Most are either just small or artificially big. For instance, Far Cry 2 while the actual map is large you only have access to a small cell at a time, thus why you can cross over a line and get respawning enemies. With more power, mostly more memory developers will be able to create huge maps that can be access all at once. Of course this will create an interesting challenge to make a large world interesting so that even traveling a long distance the player doesn’t get bored, hopefully we’ll see some innovations in that area.

4. Artificial Intelligence
This will probably be the most interesting area to watch improve. AI these days can be pretty impressive but it’s another area that if done wrong kills the immersion, also it can totally kill the gameplay. Hopefully we’ll see more natural AI. Nowadays, better AI usually means harder, that the AI can predict your movements better, but it’s highly unrealistic in the sense that it’s not natural. There’s no way that guy across the room could lift his gun and fire a head shot before I even popped out of cover. It’d be nice to see AI that had emotions (scary huh?), for instance the AI might be panicked or cautious. Batman AA touched on this but it would be nice to see it develop more.

Improving AI will also be huge for RPG’s. To have the world and the NPC’s react naturally to your actions would be a huge immersion element. No More incidents like in Oblivion where even though there’s not a guard within 20 miles, if you so much as look at an item wrong you’re thrown in jail. It’d be better if the world reacted with your actions instead of just being black and white. Conversation systems would also be greatly improved. When we reach the point of actual intelligence that will be something.

5.Better Communities and Online
While this isn’t really an hardware related improvement it will certainly be something to look for. We’re starting to see a push for better communities with better tools, like Valve’s Steam offers groups, video and image sharing, in-game chat, even an in-game web browser, to enhance the online and even the offline experience. Call of Duty’s Elite offers a lot of community features for free as well. There’s also a push for co-op in games which is going to lead to interesting things down the road. There’s clearly going to be an even bigger push for online next gen.

So to all those saying there’s no where to go from here, I counter with this. The world is bright my friends, embrace the next generation of video gaming and all it has to offer.

Crysis 2 Makes PC Gamers Sad :(
Video Games and Difficulty
Where Are All the Good Star Wars Games?
Six Week E3 Countdown: Our Predictions And Why We Love E3