Home » News » News » PC » SWTOR: Banned For Going to Zones Above Your Level?

UPDATE: Bioware Senior Online Community manager Stephen Reid provided THIS STATEMENT on the official boards. In it, he explains the actions taken against users mentioned, and the rationale behind it.

Feel like deviating for going off track from Bioware’s perfectly planned train ride?  You might want to give that a second thought.  According to some gripes on the SWTOR official boards, users are being banned by GMs in-game for venturing into Ilum, a region that requires users to be level 50+ to enter.  Afterwards, the user is sent an email by SWTOR support explaining the ban, and recommending the user consult the SWTOR LoS. 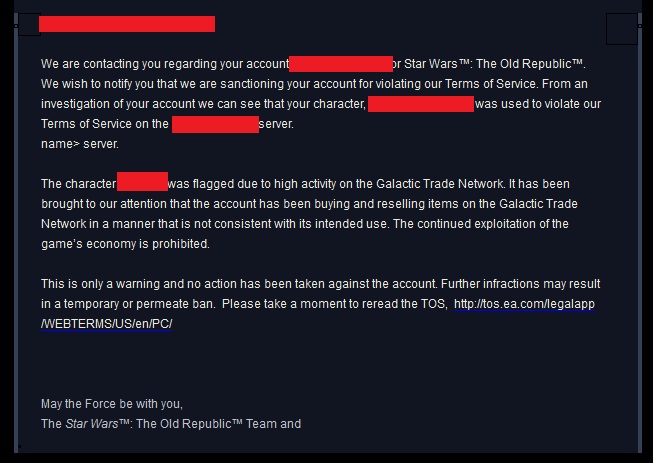