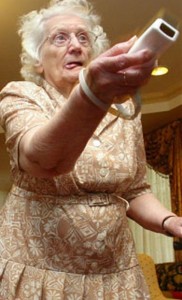 Among the “true hardcore gaming” community, there seems to be a general hate of mainstream games like Call of Duty and Halo as well as casual and portable games such as Wii Fit and iPod/iPad apps.

But wait…have you ever stopped and thought, “mainstream = most. The majority is…well…almost everyone.  So why aren’t I part of it?”  Why aren’t you part of the mainstream? What happened to you somewhere along your life that you’d play and enjoy some lesser known jrpg/wrpg over say, for example, Black Ops? Why do you like EBA over Guitar Hero/Rock Band? What made you prefer Harvest Moon or Rune Factory over Farmville?

For me, I’m going to attribute it to my lower-middle class upbringing.

My first video game system was an NES my parents bought me in ’91 when I was 5.  I didn’t receive many games, and played the hell out of what I had for many years until I got a SNES when I was 10.  Repeat this pattern for another 3-4 years.  In addition, I had a crappy hand-me-down PC  for playing games like Age of Empires which I had until high school. I didn’t buy many games and ended up emulating a lot of GBC/GBA/SNES titles. Then in high school, around the time of the new generation xbox/gamecube/ps2, I received a PS2 from my folks. I was able to play games like Gran Tourismo 3 but again not much since we weren’t rich and never bought many games.  The lesson learned here was longevity over hype; to appreciate games for their finer qualities not necessarily out of snobbery but out of necessity.

It’s been a long road, friend.

The average IQ is approximately 100. The tests are changed so that it’s always evenly divided around that number.  Thus, the a good number of people in the United States have an IQ of 100 or less.  And as typical and pathetic as it may sound, I really came to realize that in high school, where the majority of the people were dumb.  On the whole, people are still primitive. We’re animals, all of us.  And as such, we’re susceptible to animalistic subconscious cues.  The entire field of marketing is devoted to pandering to these cues, as seen from the fact that said field is constantly on the lookout for psychology majors.  So when such psychological techniques are employed, the results are to turn out games to maximize profits and not be the “groundbreaking industry leaders” we’d most likely wish.

But you may interject, “Videogames are an industry, is it not?  Isn’t the point to make a profit?” 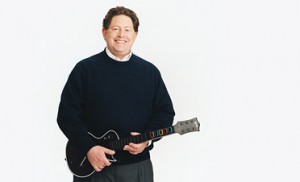 “With respect to the franchises that don’t have the potential to be exploited every year across every platform with clear sequel potential that can meet our objectives of over time becoming $100 million plus franchises, that’s a strategy that has worked very well for us.”

This quote applies to A/B’s release platform for games that have been dubbed with the Dirty R-Word: Rehash.  The model was to take a high-profit game and re-release it every year to maximize profits on a “sure thing” and not taking the risk of releasing a new IP.  The Guitar Hero franchise became the first casualty of said model.  When people realized that the same game kept being released every year with little-to-no innovation being made on the model, they voted with their wallets and simply refused to buy later installments of the game.  Due to said over-saturation of the consumer market, Guitar Hero died a slow and painfully embarrassing death. 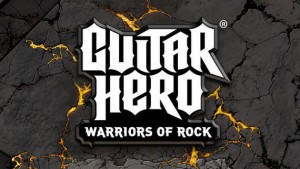 Remember when this was still fun?

Sad to say, but it seems the same thing may happen to their blockbuster IP Modern Warfare.  Folks have already been catching on that their latest release Modern Warfare 3 was “more of the same” to the point where many have outed it as a Copy-Paste job of Modern Warfare 2.  They’ve tried to resuscitate the franchise with novel game modes such as Nazi Zombie Mode, and Nazi Zombie Mode…In Space!  But at this point, they’re just trying to eek out whatever pennies they can from the ones who haven’t caught on via map packs and subscription-based services.

So back to the main question: Why don’t “we” like mainstream games?  Because congratulations, you’re ahead of the curve!  You’ve recognized cleverly disguised re-releases for what they are and have voted likewise with your wallets.  You see what “casual” and “accessible” games really are; detriments to industrial innovation as a whole.  So pat yourself on the back while everyone else has fun.  It’s a lonely existence you’ve chosen, but keep fighting the good fight.