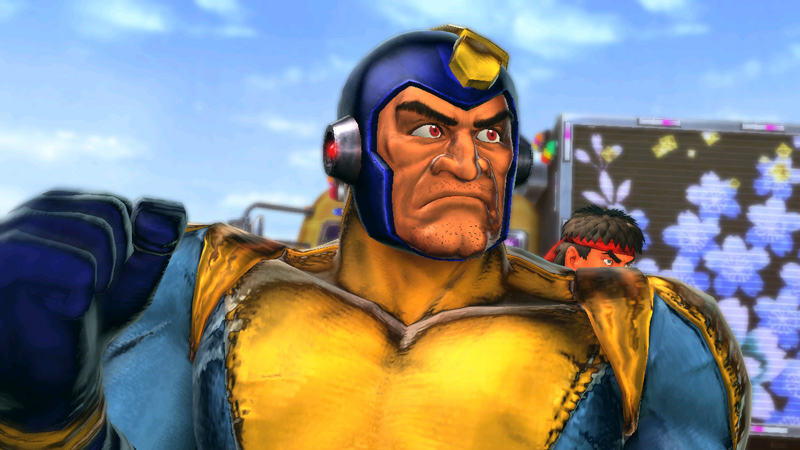 For those who know their gaming history, the Mega Man pictured above is based on the box-art design of the very first Mega Man game, while Pac-Man has come into the fray riding on a headless Mokujin, the tree creature of Tekken fame. Capcom explained that they wanted to have a bit of light-hearted fun  with this title, “Well, in the spirit of crossover fun, the dev team wanted both Capcom and Namco’s mascots to join the fray in a slightly silly, goofy way,”.