Home » Editorials » Five Games To Play After The England Riots

Five Games To Play After The England Riots

While the pseudo-revolutionists go crazy rioting, looting, and generally causing mischief on the streets of England, gamers are cosily in their bedrooms, doing what they love – gaming – but we feel that gamers all around the world are missing out on some action. The following is a list of games in which virtual-mischief can be caused in more ways than one, without the danger of injury/imprisonment/death looming around every corner.

Let’s get the obvious out of the way first. Grand Theft Auto has always been renowned for the freedom it allows players over expanses of lush and rich cities flowing with everyday pedestrians, police officers, and feared drug moguls, who are all dwarfed by skyscrapers and landmarks based around real American cities. What better to do than to destroy it all? While the latest major release – Grand Theft Auto IV – tuned down the freedom-factor, releases such as Vice City and San Andreas offer a plethora of ways to cause mayhem. 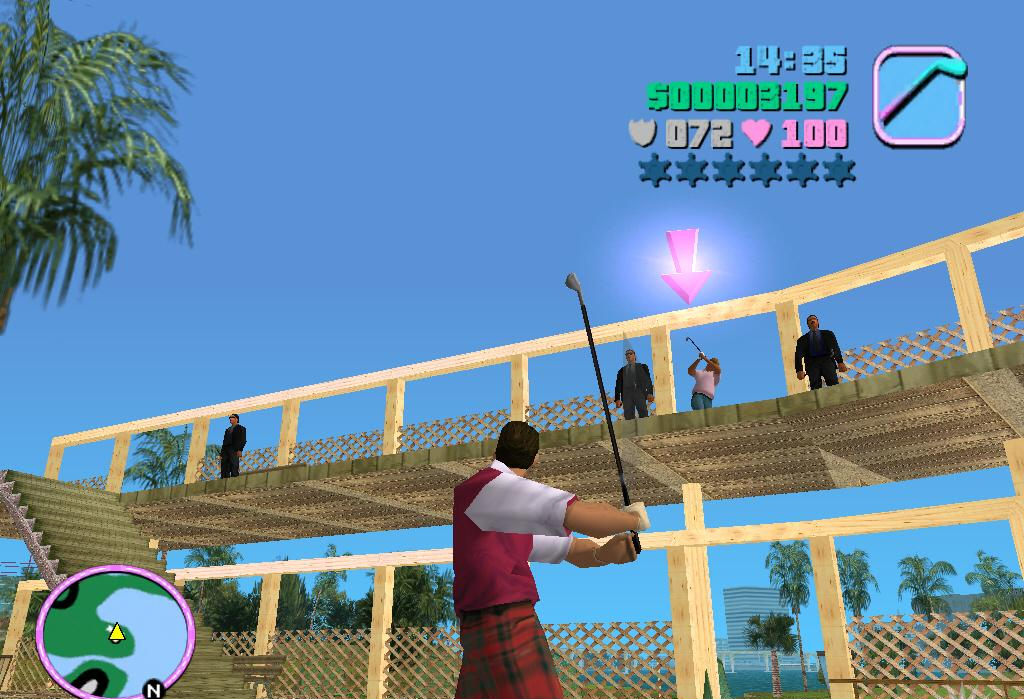 Conventional weaponry is all here: handguns, shotguns, assault rifles, sniper rifles, bazookas and grenades provide more than enough firepower to kill anything and everything in sight, but if that doesn’t suffice, tanks and choppers are also available. Cheats also present more opportunities to wreak havoc, such as the ‘pedestrians go nuts’ cheat, which should be quite self-explanatory.  Of course, you can always mow down pedestrians in your Comet while listening to Anthrax’s ‘Madhouse’ or a deranged talk show.

The name of the game is to riot. State of Emergency may be plagued with technical bugs, gripes and drawbacks, but it’s a great way to unleash your anger. Points are rewarded for rioting and fighting, so unlike Grand Theft Auto, you progress through the game as you riot. Also dissimilar to Grand Theft Auto, the riots are in protest of a ‘shadowy corporation’, so it isn’t mindless destruction. Not entirely, anyway. 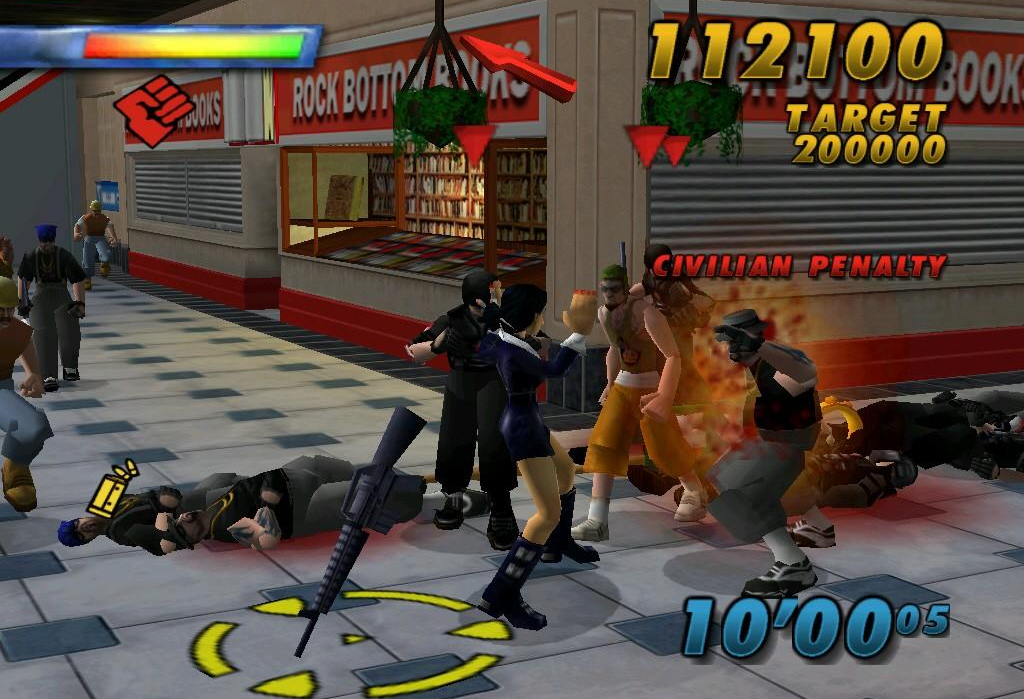 Like I said, the game is filled with drawbacks, for example, the camera gets stuck in tight corridors, not helping the already-faulty camera, but there is a large variety of weapons available for you and your friends (trust me – it’s better with friends) to unleash virtual-carnage.

Structures fall and cover crumbles dynamically in Red Faction: Guerrilla, making it the perfect game for destruction. While other games allow you to kill pedestrians as you wish, they don’t allow for dynamic destruction of buildings, and while it may not be set on Earth, almost everything in Red: Faction Guerrilla is destructible. 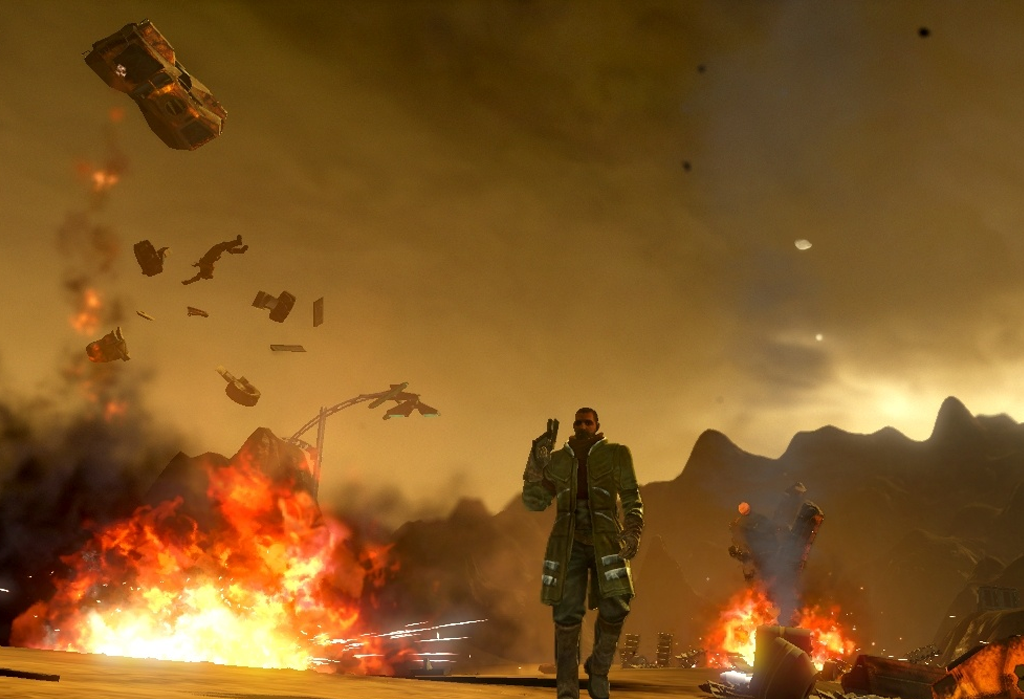 Making use of an upgraded Geo-Mod engine – Geo-Mod 2.0 – Red Faction: Guerrilla’s destructibility offers an altered approach to gameplay. Bringing down a tower on a bunch of enemies as you progress through the story brings a feeling of gratification, but the ‘Wrecking Crew’ mode is where most of the fun is to be had. The feeling of passing the controller along to your friends as they attempt to cause more destruction than you is a feeling very few games could hope to offer.

Bop your way across the streets of New York City in The Warriors. Based on the 1979 film of the same name – which has a notable cult following – The Warriors is a tribute to the gritty and dark, often cheesy and nonsensical, rivalries of gangs in America. 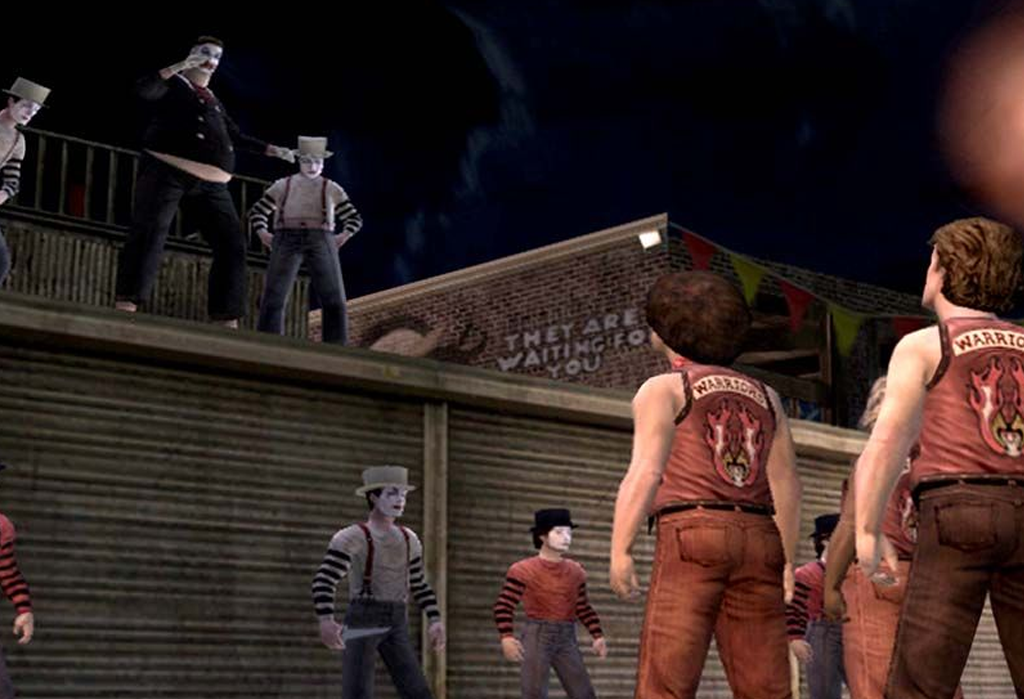 In The Warriors you will loot stores, steal car stereos, and scare business-owners into paying protection money, as a normal gang does. The game has arguably one of the most satisfyingly simple combat mechanics ever, making beating up rival gang members a treat rather than a chore. Can you dig it? Because I can.

Be the good guy by cleaning up the streets Pacific City in Crackdown as a super-powered agent tasked with defeating the Kingpins of local gangs. Crackdown’s cel-shaded landscapes and characters make it a joy to look at, and its fast-paced action makes it a riot to play. 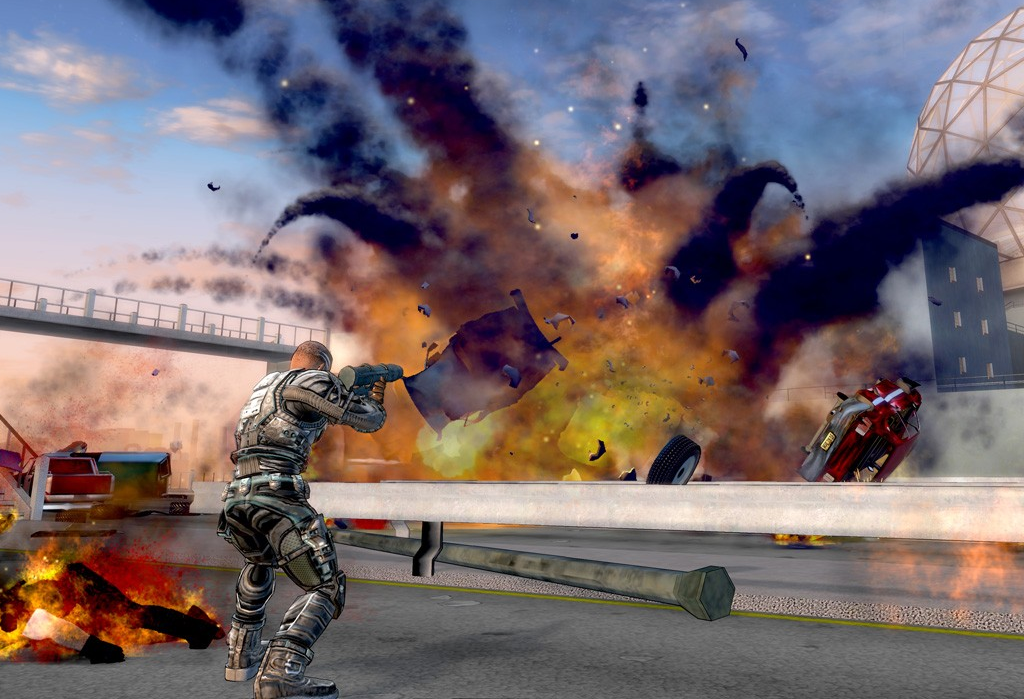 The game’s longevity is extended with collectibles, multiplayer, incentive to play through the story more than once, as well as a whole city to explore, which is available from the get-go.

So remember: keep safe and use virtual worlds such as these to cause mayhem in, rather than going out into the real world and risking the safety of yourself and others. Who said video games were counterproductive?

On A More Serious Note…

What’s With the Recent Bioware Hate?
Plight of the Overworked Underpaid Gamer – Part 1
Is the Welcome Back program giving you errors? We've got your back.
E3 – Serious Industry Professionals Only