It’s finally come to turn that the term “social justice warrior has gone mainstream, but lately I’ve seen a few people still not know exactly what that means. ‘Social Justice’ as we know it is kind of embarrassing — it’s not even justice. It’s shouting things, spackling over the same exact key phrases and buzzwords repeatedly, and it’s getting mad on the internet.

It’s people with an overblown sense of self-importance queuing to share their terrible opinions with everyone they can with whatever platform they have, and strategically angled profile pictures. Clamoring at the gates of social media to be the first to say the things that this week’s leader of their cult-of-personality wants them to say. To find out whether they’re thinking the right things or not. They don’t know how to think outside a pre-defined narrative. Hollow quotes are retweeted and shared across the landscape, and often have people catch themselves sharing it without quite knowing what it means and why they themselves are sharing it there.

‘Social Justice’ is a petri dish of people who know so little about how human social interaction and professional life works that they can concoct online ‘wars’ about ‘internalized misogyny’ or ‘problematic material,’ straight-faced, and cause genuine human consequences. Because of a lack of a sense of identity along with a vicious coupling of athazagoraphobia with the promise of an audience.

Lately, I often find myself wondering if the entire world’s gone mad. And now I know it hasn’t, and also that I was not alone in thinking it had.

Everyone should be better than this. You should be deeply questioning your life choices if this and this and this are the prominent public face your ‘ideology’ presents to the rest of the world.

This is what the rest of the world knows about your worldview — this, and headlines about fire alarms being pulled or loonies threatening to curb-stomp directors. That’s it. Everyone should absolutely be better than this.

You don’t want to ‘be divisive?’ Who’s being divided, except for people who are okay with a cultural desert of shitty behavior with an intent to infantalize and people who aren’t? What is there to ‘debate’?

Right, let’s say it’s a vocal minority that’s not representative of most people. Most people, from indies to industry leaders, are mortified, furious, disheartened at the direction industry conversation has taken in the past few years. It’s not like there are reputable outlets publishing rational articles in favor of the ‘side’ of raving egomaniacs … but oh wait. They’ve given press to harassers [with hilarious results], all the while blaming an entire swath of people for a few bad apples while being tacitly silent on repulsive acts by their peers.  All in the name of ‘diversity’, despite being hilariously non-diverse themselves.  Then again, “diversity is intersectional” and doesn’t require a group to be actually diverse demographically speaking, so joke’s on us I suppose.

Yet disclaiming liability is clearly no help. Websites with huge community hubs whose users are often associated with blunt Twitter hate mobs sort of shrug, they say things like ‘just ignore them and they’ll go away, what else can we do’ and ‘those people don’t represent us’ — but actually, those people do represent you. That’s what your ‘ideology’ is known for, whether you like it or not. And their horrid behavior rides on people being silent. All to “make things better” in each respective medium. Although when pressed to be slightly less vague on the matter, they’re either strangely silent or outright hostile.

When you decline to create or to curate a culture in your spaces, and instead decide to lionize and hold up the vitriolic aspects and individuals as a sort of “ideal” to be reached, you’re directly responsible for what spawns in the discharge downstream from it. That’s what’s been happening to everything; from film, to comics, to games.

It’s not super surprising, actually. While the idea of “social justice” was initially promoted by idealist pioneers [road to hell and all that] — they thought help to make everything fair for everyone, or that leveling the field would help everyone across the board — the disseminative arm of the form sprung up from easily sharing ideas among ‘online activists’. You know, young adults with spare time who like to Look Deep And Feel Important.

Suddenly a generation of young adults had people whispering in their ears that they could be part of the most important movement of all time, as long as they acted a certain way and said certain things. Suddenly they started wearing cat-glasses and dyeing their hair outrageous colors to make up for a lack of personality, started making works that themselves exhibited low effort but “had a good message”.

By the turn of the decade those were the only things that mattered: Have the message. Support the message. Spread the message. Make anyone who resists an outcast. Celebrate that. Defeat anyone who threatens you. You don’t need independent thought. You don’t need anyone but us. Cut off friends who refuse to get “on message”. Public conversation was not so much a “conversation”, but rather a soap box populated entirely by one type of person to tell people what to think and how to feel, to score points against one another in a competition of who has lower perceived societal self-worth, and to gleefully be the first one to point out someone that was “off message”.

It makes a strange sort of sense that video games would become scapegoats to their new moral panic, for atrocities not yet committed by young white teen boys in hyper-capitalist America BUT COULD HAPPEN ANY SECOND JUST YOU WAIT AND SEE — not that the games themselves would have anything to do with tragedies, but they had an anxiety in common; an amorphous cultural shape that was bright and flashy on the outside, frustratingly compartmentalized on the inside, and had aspects of it that “refused to adapt”.

Yet in 2015, industries continue to attempt to cater to ideologues who still try to promote a mass hysteria that society itself WILL collapse if you say this, draw that, make this, or wear that — yet the world continued to turn as year after year, people continued to buy the things they liked despite the authoritative headlines that THIS HAS TO CHANGE THAT HAS TO CHANGE THIS IS TERRIBLE THAT IS TERRIBLE SHAME ON YOU YOU NEED TO CHANGE NOW, HELP US CHANGE NOW, TELL THEM THEY NEED TO CHANGE NOW, ACT NOW ACT NOW WHILE OUTRAGE LASTS!

It’s clear that most of the people who drove and continue to drive revenues of creators in the past and present are grounded in reality – where they learned to cope with ‘dissent’ from others either in the hard-knocks of life, or in the fertile grounds of colleges past, where ideas could flourish, where opposing viewpoints were allowed to exist and be discussed rather than encouraging silencing of ideas. Thanks to recent events, these audiences and creators alike are waking up and smelling the proverbial hair-dye. “Social Justice” and it’s associated outrage culture is experiencing diminishing returns, sloughing off, and left to wither while its former “allies” continue to distance themselves from it, either quietly or publicly.

This is hard for people who’ve drank the Kool-aid about how their identity depends on the aging cultural signposts of a rapidly-evolving, increasingly broad and complex world. It’s hard for them to hear they don’t affect anything, anymore, that they aren’t the world’s most special-est snowflake, that they have to put up with other people’s shitty opinions just like we put up with theirs. 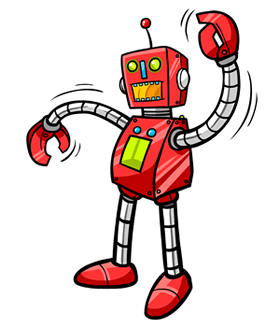 BLEEP BLOOP BLEEP, I AM THE PROBL-O-MATIC. PLEASE INSERT TRIGGER.

Unlike the view of the perpetually outraged, there is no need to scrutinize, closely, the silence of content creators amid these scandals. Given how they’ve seen people who have spoken out have had a horde descend upon them, pointing and shrieking at them like Body-snatchers, it’s perfectly understandable that they’d rather distance themselves from those people and focus on their respective crafts instead of shouting on the internet. This is hard for some creators, whose works hinged on the ideas of “identity politics” and accompanying outrage that are being made redundant, both culturally and literally, in their unwillingness to discuss points outside of the fragile glass bell they’ve crafted around themselves. Of course it’s hard. It’s probably intense, painful stuff for some young kids, and some older folks going through a midlife crisis who were hoping THIS could be their “legacy” after viewing their “contributions” to the world in hindsight thus far.

But it’s unstoppable. An entire swath of fans and creators are finally aiming to re-instate a world of creative freedom, where a lack of fear of reprisal from the works they create was missing in the world of “social justice warriors” and the “cultural critics” that led them. Their downfall being their lack of self-awareness that allowed others to view them as the unhinged Puritanical morality-police they are. How do they not recognize the same quotes they mocked a decade ago coming out their mouths?

“Oh, you don’t agree with my obviously bad ideas and shitty opinions?  What? Stop criticizing me! You can’t do that! I’m a TruBeliever™ of FREEDOM! Why do you hate FREEDOM? Are you saying you support THE TERRORISTS?”

“Oh, you don’t agree with my obviously bad ideas and shitty opinions? What? Stop criticizing me! You can’t do that! I’m a TruBeliever™ of FEMINISM! Why do you hate FEMINISM? Are you saying you support THE MISOGYNISTS?”

And so on, and so forth. Thankfully, once exposed to the mainstream, it blew up in their face. Deservedly so, as this kind of reasoning depends on the average person being dumber than the person saying it.

This means that over just the last few months, a push for the right of independent creators to create what they want that caters to their fans and their vision, and not approval-hungry obeisance to the demands of people that (let’s be honest) likely never had their patronage. It’s not about ‘being politically correct’ anymore. It’s not about telling people what to think and how to feel, it’s about providing spaces for people to create what they want, and support who they want.

The circuitous conversations people have had about the reactions to their assholery as “why we need feminism” are largely the domain of assholes who hollowed out feminism, put on its skin like an Edgar suit, and used that as justification of their assholery. Now part of a creator’s job in reaching out for feedback is to recognize and differentiate the Edgar-suited assholes from their consumers and community, and cater their work as they see fit, and help others recognize said social media Edgars — a lack of commitment to that just looks out-of-step, like a partial compromise with the howling trolls who’ve latched on to ‘feminism’ as the latest flag in their onslaught of censorship and authoritarianism. 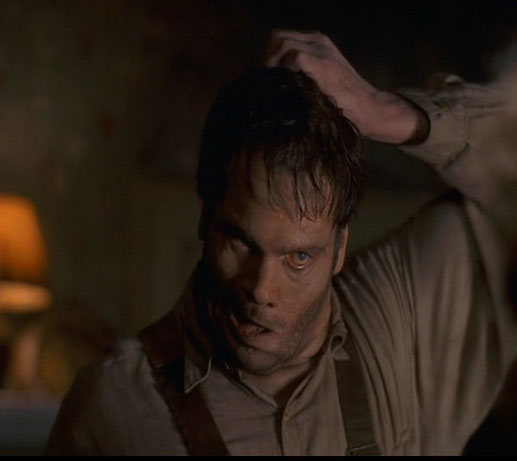 Creators across the board want to create more works, and want to see works by more people. We want — and we are getting, and will keep getting – trip-hop dream-scape bullet-hell shooters, adorable vegetables harvesting adorable vegetables, GIANT FUCKING ROBOTS, and over-the top violence for the sake of over-the-top violence full of naughty words and wedding-hugs. We will get this, because we’re supporting creators now. We are refusing to let anyone feel prohibited from making what they want.

These obtuse shit-slingers, these wailing hyper-offended childish internet tough-guys — they are not my audience. They don’t have to be yours. There is no appeasement. There is no “middle ground”. For them, your acquiescence should be constant. And their “concern” for you goes as far as how much they can use you for their benefit.

Addendum: It is worth noting that people who have been on the side of limiting expression have always always ALWAYS been on the “wrong side of history”.  Something to marinate over for those concerned.