In a disappointing revelation that was revealed on the Valve ARG site after a countdown timer, indie developers THANKED VALVE.  The reveal comes on the heels of the recently released Portal 2, and a lengthy ARG campaign that dropped some heavy hints in favor of a continuation of the Half Life series.  So it came as somewhat of a bit of a let-down when this was finally revealed, and a collective sigh could be heard all around the internet.  CLICK FOR HI-DEF VERSION. 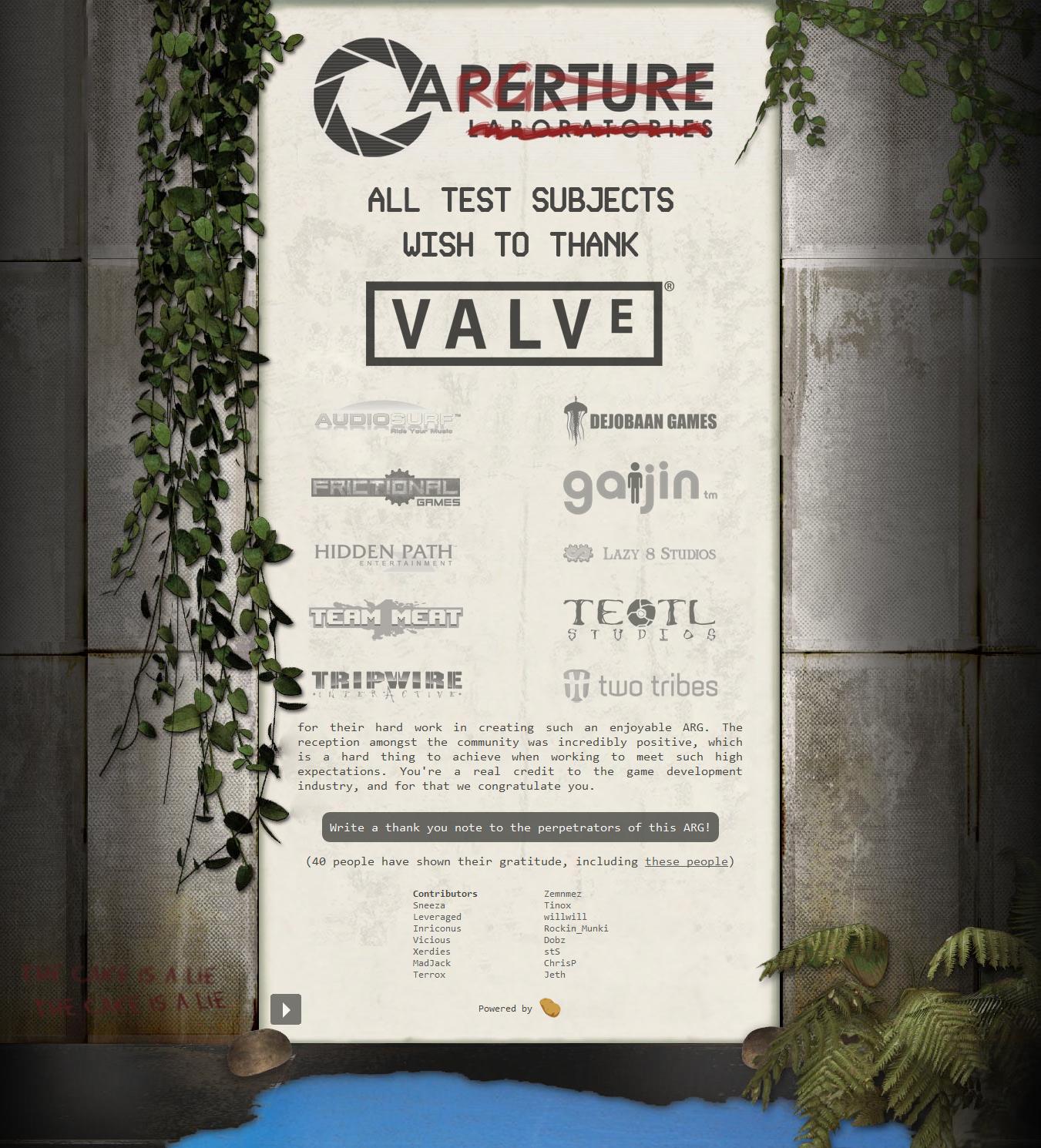 That, or someone broke our favorite action figure…  Still nice, though.