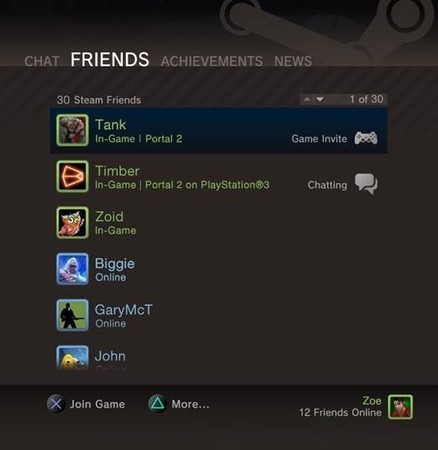 After nearly a year of speculating, we’ve finally got the first image of what Steamworks looks like running on Playstation 3.  The service allows players on Sony’s machine to message, chat and play with gamers on both the PC and PS3.

Announced by Gabe Newell himself during Sony’s E3 conference last year; the service debuts with the support of the eagerly anticipated release of Portal 2, coming later this week.

What do you think of the layout? Will you be testing out the cross-platform experience with your PC friends?

HUMOR: SWToR as Told by Episode III and /v/