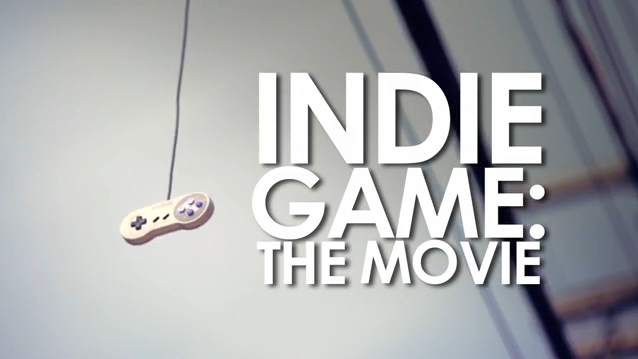 Yeah, you read that right.  In yet another brave attempt at cross-medium exposure, a film is being made to highlight the tale of the average indie game developer.  The documentary is meant to be a dramatic expose (ala the awesome King of Kong) that chronicles the struggles, successes, failures, and even the mundane moments of an indie developer’s development cycle, as well as offering an insight into their mindset.  Hit the jump for the trailer proper.

In case you’re still shady about just what the film is about, here’s a direct quote from the film’s site:

The film tells the emotional story of a two-man team, Edmund McMillen and Tommy Refenes, as they craft and release their first major game for XBOX, “Super Meat Boy“. It follows Phil Fish, the creator of the highly- anticipated game, “Fez“, as he shows it for the first time in 4 years at the giant gaming expo, PAX EAST. And, the film tells behind-the-scenes story an independent designer, Jonathan Blow, who made one of highest-rated video games of all-time, “Braid“.

So…yeah, essentially the movie is a who’s who of indie games that “made it big” in the last few years*.  Keep an eye out for this.  Frankly, I can’t wait until Indie Game: The Movie: The Game to come out.

*Obviously that’s not including Minecraft but what with 2 Player productions giving the game it’s own feature-length documentary I think it’s ok to let it slide.