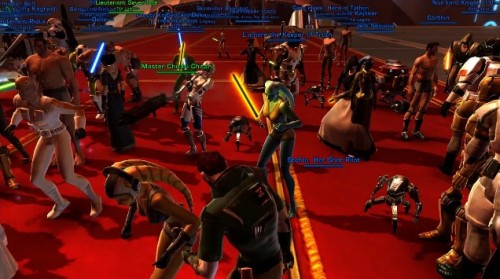 More news from the war between the Empire and the Republic.  After the 1.1 content patch which was supposed to have fixed (among other things) PvP in the game, the industrious players have found yet another exploit in the game.  According to the video below and the support forum post here, players are able to rank up to Level 100 in minutes rather than a year thanks to a turret glitch in the game.