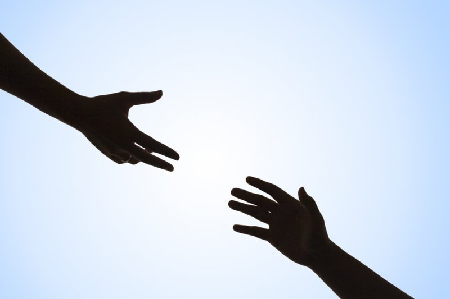 I started writing this and it got a little… long. Hope that’s OK. If you do end up using this, you can use my first name, Kyle, but please avoid using any other identifying information that might be connected to this email I send you. Too many times I’ve seen the people on the other side of this argument try to hurt the people who speak up by trying to get them fired from their jobs. Although I hold no opinion, here or otherwise, that would warrant that, it hasn’t stopped them in the past.

I grew up with videogames, as I’m sure many kids my age did. My brother got a Super Nintendo for Christmas one year, and we would play it all the time together. We’d also have our friends over to play with us, it was a great way to socialize with other kids. I was an introverted kid, I loved reading books and didn’t go out of my way to socialize with other kids that often. Videogames were one of the first shared interests I had that could help bring friends in. I started coming out of my shell, and outgrew the social anxiety I had of talking to or meeting new people.

As I’ve grown up and am now moving down a successful career path, I don’t have nearly as much time to play videogames anymore. I don’t have the time to put in to a game that might not be what I’m looking for. For this reason, I frequently peruse gaming websites to check out reviews and find the things that I can get excited for. More and more I was reading stories about how this is sexist, and that’s racist, and that’s homophobic. This started to get a little weird, since I would talk to my female, gay and colored friends about these games and they loved them. But as a white male, I didn’t have any place to judge someone elses situation. “I must be out of the loop, maybe I’m not as progressive as I thought” I would think.

I trusted these journalism websites, they wouldn’t just let anyone write these articles, right? All you saw was a name attached to them, but I’d give them authority since why else would they be there. Then someone turned me on to the InternetAristocrat video about the “Zoe Post”. I didn’t care about what anyone else does in their private relationships, but the part about games journalists being in a sexual relationship with someone they wrote favorable articles about interested me. Everyone loves a good scandal, and I waited to see what articles would come up on these sites. They always posted scandals within the industry. Maybe an article or two, a small distraction and then move on.

Nothing. For weeks, just nothing came up. I was baffled, I thought the whole thing must just have been a lie or a prank. Then I read more in to it as all of the “Gamers are Dead” articles came out. This is when I got pissed off. These people I trusted were flat out ignoring the story, and censoring anyone who so much as mentioned it. They were calling me and my friends of diverse genders, sexuality and color “whiny white manbabies”. They were pointing at some disgusting trolls who doxxed people and wrote threats and saying “This is you!”.

I’m a white guy, but I’m also a redhead. In school I would always have idiots tell me that I “have no soul”, or tell me it’s “Kick a ginger day” so that they could physically assault me. I started to get the feeling that I was back there now, facing bigotry and wide sweeping accusations because of who I am. All because these people were so narcissistic that there could be nothing wrong with them, it had to be me.

I trusted these people! Proven racists like Miles Ian Cheong and Leigh Alexander, calling me some of the worst things imaginable! I couldn’t let that stand. #GamerGate has been so inclusive to me, they don’t care about what color or gender I am. They don’t care about my sexuality. They care if I like videogames. Every attack I’ve faced while trying to have conversations with the other side references that I’m a white guy, or a “Dudebro”, whatever that’s supposed to mean. I will not stand idle as I face bigotry, as people try to dehumanize me because they don’t agree with me.

Is this happening from the #GamerGate side as well? Absolutely, and those people are not a part of this movement (as I know it), they’re just assholes who latch on to anything that comes along that allows them to be an asshole. These are singular people and I will judge each of them on the merit of their character in the same way I will judge each person on the other side of this argument by the merit of their character.

I will fight for what I morally believe in. I will raise my voice when my diverse group of friends are called a “hate group”. I will boycott the companies that support the marginalization of a large group of people.

I will not be fed a turd and told it’s caviar.

It was 1987 and I was five years old when I first got into gaming. It was my fifth birthday. After excitedly ripping into a large wrapped box that was roughly the same size as me I found an NES. After my dad hooked it up to the living room TV I sat glued to it for the next several hours only going to bed when the frustration of completing the first Bowser encounter got to be too much for me. The next day I woke up early to begin my efforts anew. That wasn’t what really hooked me into games though.

If you fast forward to my early teenage years the problems in my parent’s marriage reached a boiling point. My dad wouldn’t come home for days, he’d refuse to answer calls from my mom at his office, at one point he instructed people to tell my mom he just wasn’t there. I remember the night the police came to my house to file a missing persons report. I stayed up till nearly 3 A.M. on a school night to comfort my mom. The next night my dad showed up at home, there was yelling, there were tears, my parents eventually left the house together that night to talk about things. Years later I’d discover that he had been having an affair and in addition to his regular job my dad had gotten involved in doing some illegal things including selling guns to some not so nice people.

I was an only child. During this I didn’t have anyone to turn to. I had a few friends but this all went down way before I started to really blossom socially. I didn’t really think at that time that anyone would understand what I was going through. I mostly lost myself in games. I escaped into digital worlds when the yelling and screaming started. I’d sit in my room with my dog next to me and I’d zone out into Raccoon City, Twoson, or the Mushroom Kingdom. I was depressed in a bad way but games kept me going.

High school improved things as I began to socially mature. I found others who understood me and how hard things can be for a kid caught in the middle of feuding parents. I had friends, I started dating, I had a life outside of games and it was great, for the most part. There was one thing that was rough for me and it ties into the mess that started #GamerGate and the critical eye placed on games journalists. I was in an abusive relationship. I became involved with a girl that did a lot of the same emotionally abusive things as Ms.Quinn. I was also physically abused. Mostly punches or on occasion she’d just swing whatever was handy towards my head. At one point she got another guy to beat the crap out of me by telling him I had been cheating on her. My true crime was having to work on our 6 month anniversary. I felt a lot of sympathy for the “jilted ex-boyfriend” so I started following it.

Now, I’m a stay-at-home dad. My wife works in the tech sector and is amazing at her job and a wonderful wife and mother as well. We have two kids, son and daughter, who my friends and family tell me constantly that there is no hope for. They are doomed to be geeks just like daddy. There was a serious debate over if my little girl was going to be Bat Girl or Tinkerbell for Halloween this year. My wife and i were hoping we could talk the kids into all of us going as The Addams Family but I suppose there is always next year.

I support GamerGate. It’s hard to do so at times. If there was another movement pushing for a better and more ethical gaming press without all the hate, I’d welcome it. You can only denounce death threats so many times before it starts to wear down on you. In the eyes of those against GamerGate (I won’t call them anti-GG, they’re more pro-status quo) we’re responsible for the threats that are made even when we try to silence them. If we go on the defensive for being called misogynistic and violent, it’s proof that we are misogynistic and violent. Any threats we receive are ignored, go unreported , and in some cases like MovieBob, we’re told “if you lie down with dogs don’t complain about getting fleas”. Meanwhile as the press says awful things about its audience, no one is calling each other out on it. When a writer for a games site talks about ending people’s careers it should be vilified not defended. When a member of the press says that working women shouldn’t be mothers, they shouldn’t be considered a feminist ally. When people who have a financial stake in a game are the ones voting for it to win a gaming contest, it shouldn’t go unreported, even if some of these people are your friends or colleagues. If you have personal ties to the people you’re covering you should at the very least disclose them but I’d prefer if you’d recuse yourself. Even if you truly can look beyond your friendships to give a good review/story it’s best for your audience to just not be a part of that. Don’t just accept the word of people who are critical of the industry, investigate. Investigate for yourself and for your readers. Investigate their claims and them. The world is a big place with lots of different opinions, refusing to cover a game because your personal politics don’t line up with the people who make it does a disservice to your readers.

Things have already changed in the industry, even if the press doesn’t like it. They’re becoming more and more irrelevant as youtube and Twitch gains even more momentum. I’m hesitant to call that a good change given recent Mordor controversies but I do believe that, more so than any hashtag, is going to shape the face of how games are covered moving forward.