The 3DS has gone through a lot since its release less than a year ago, first there were claims that the 3D technology was damaging peoples eyes, then the price was given a drastic drop, now the handheld is introducing a 2nd analogue.

The nub device will be released alongside Monster Hunter 3G, giving players a much needed control over the camera. It is not known if previously released 3DS games will support the 2nd nub but we’ll report it as we hear it.

For now, we only have this image to give us a better idea of how it works 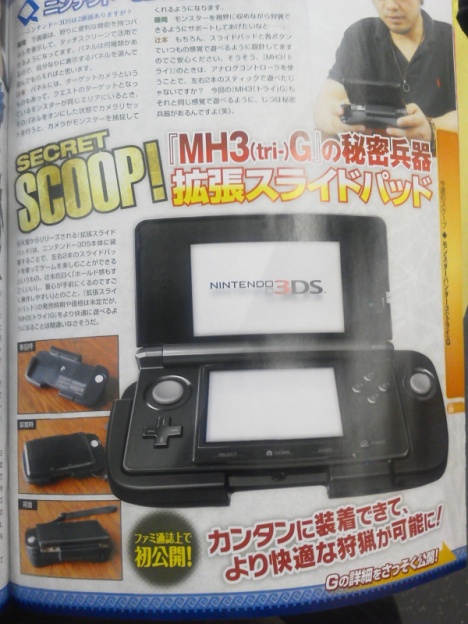