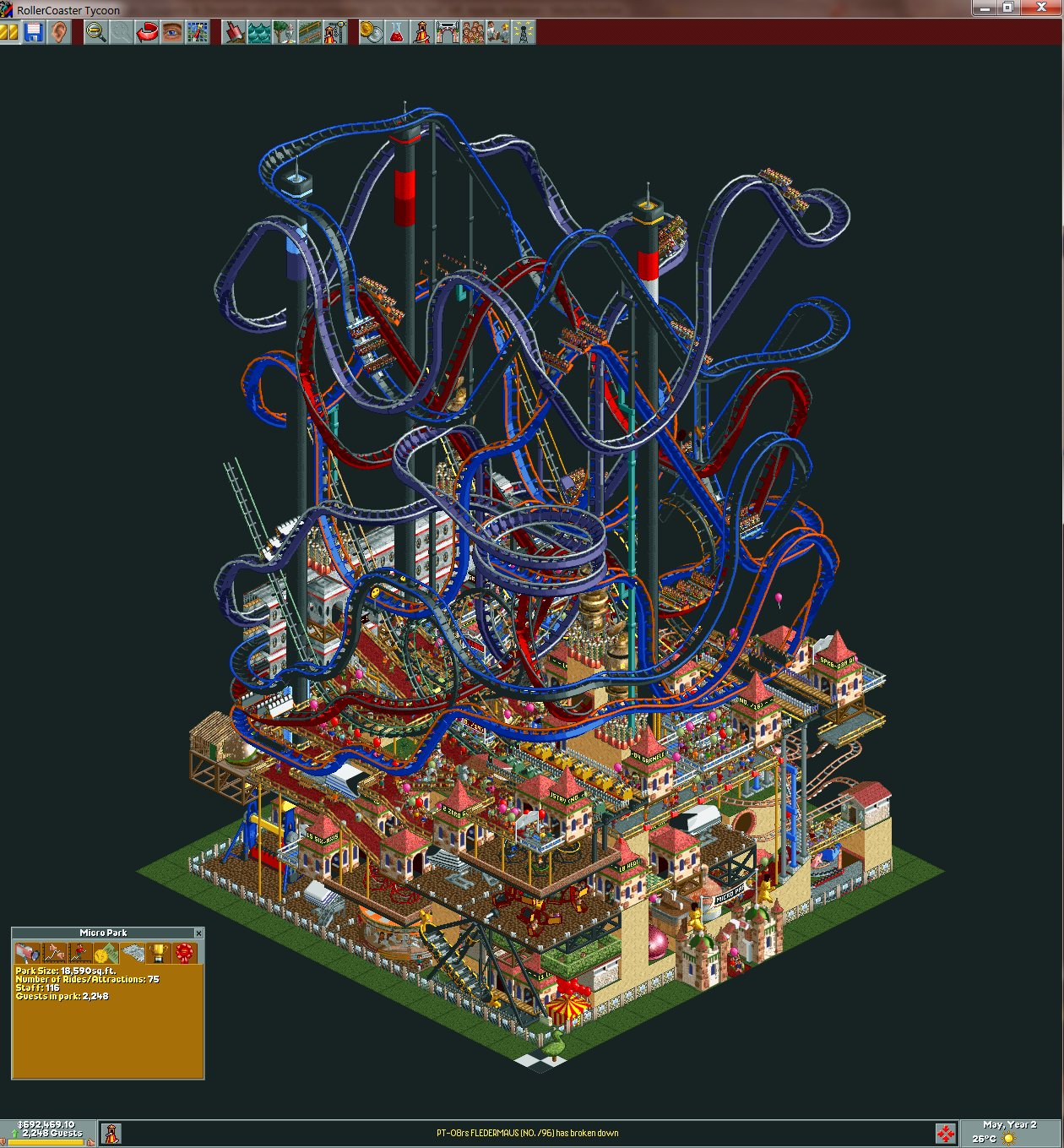 With news of this magnitude, I thought I might set the mood.  Seriously, click that.  It’ll be worth it for the nostalgia alone, in addition to what’s about to follow.

There’s a pretty strong rumor going around that Roller Coaster Tycoon 4 is already in the works (FINALLY).

Over on the ATARI forums the developers posted a sticky asking what players are looking for in a new RCT game.  The post was originally made in August of last year, and is continuously being updated by users and the developer itself, so it’s be worth keeping an eye on in the future.  As far as development cycles go, it’s very likely that the project is currently in pre-alpha status, so take a gander at what ideas they’re working on right now to see what they might include, or release later in an expansion.

Kick an idea in there while you’re at it.  Who knows: You may see your idea show up in RCT4!