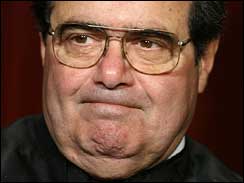 The Supreme Court recently ruled that the California violent videogames law was indeed unconstitutional. [1]  A step in the right direction for videogames to be treated in the eyes of the law as an equal to film and televison, yes.  But how exactly did the proceedings go?