More drama in the continuing PSN network debacle.  According to a post on the now notorious PSX-scene forums [1], database information from the PSN is now available for purchase in the hacker underground.  Not only that, but the hackers themselves were going to sell the database information back to Sony, which was denied.  More details after the jump.

The poster cites Ken Stevens, a “Security Researcher” on Twitter. [2]  Following a few exchanges, some screenshots of the “underground” forums where the information is traded was revealed as well, as seen below. 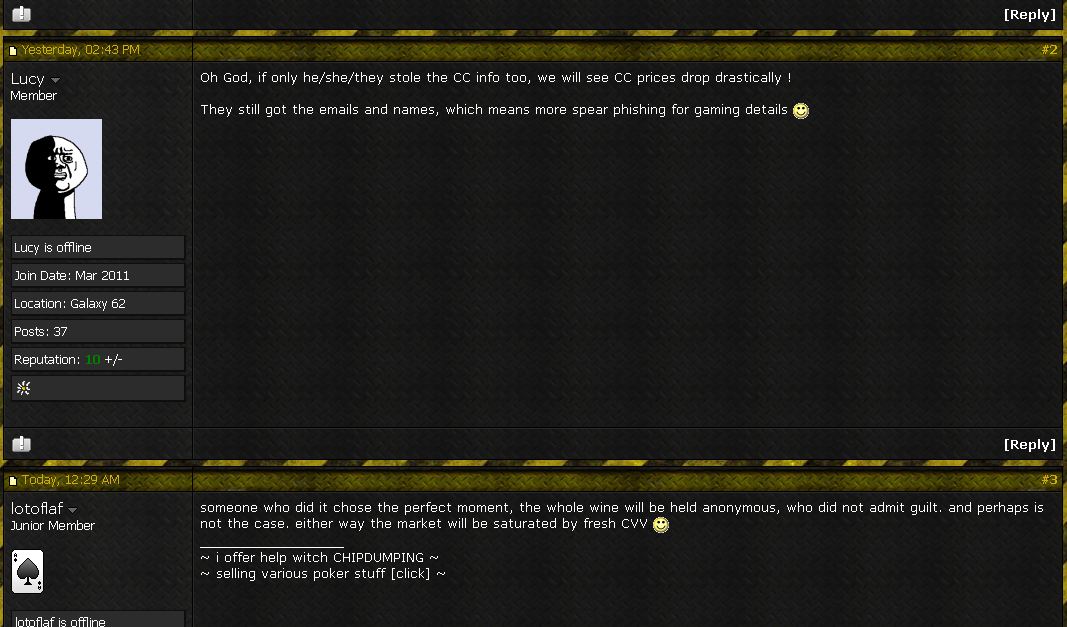 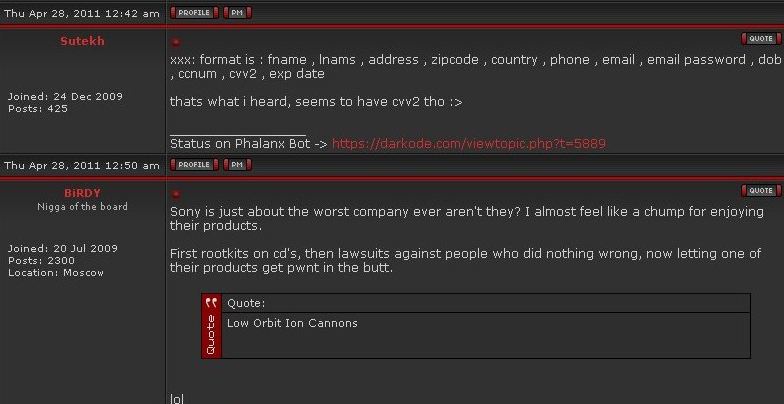 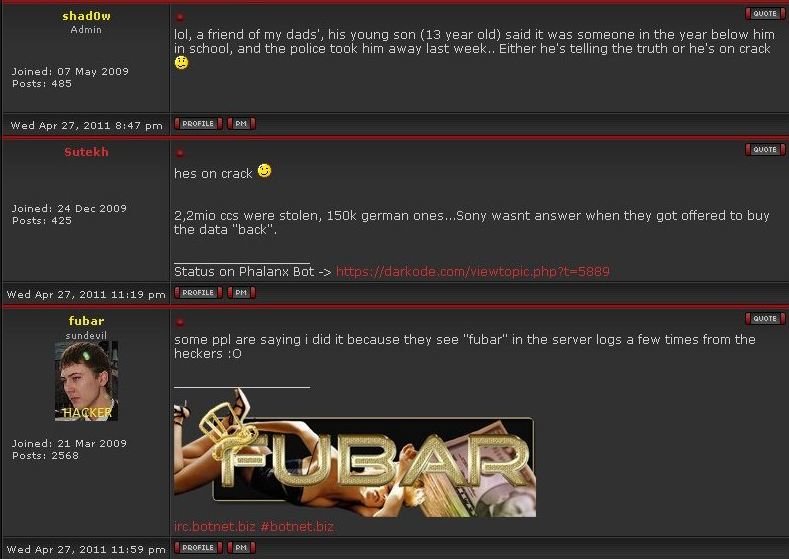 Somewhat disturbing news, considering that Sony’s last update on their blog [6] stated explicitly that end user personal data was NOT encrypted, but CC information WAS encrypted and stored on a separate data set.

*See HERE to see what YOU can do to prevent your identity being stolen if you have a PSN account.* [7]