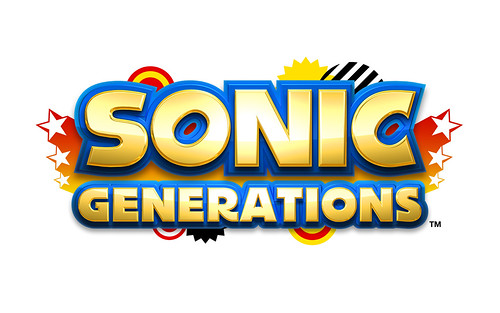 1) You can play as classic sonic or 1999+ green-eyed Sonic. /one spaz session later- I am totally psyched about being able to play as classic sonic again.
2) Classic levels in HD both side-scrolling and 3rd person. Now, that’s interesting. We’ve seen Green Hill Zone as 3rd person in Sonic Adventure 2 but now other’s – in HD? But beyond that – being able to switch HOW they’re played. Can you go in and out of 3rd person whenever? Or do you have to chose how you wish to play each level?
3) Classic Sonic and modern Sonic play differently! I think this is amazing. Classic Sonic plays just like days of old without the homing attack and modern Sonic has the homing attack. I know it’s just a small little thing – but I think it shows Sega is really trying to cater to their older market.
4) Other characters are going to be present in the game. That -is- interesting. But how exactly? Sonic meets his past self – but will other characters be retro as well? Amy? Tails? — will this extend to newer characters like Shadow? Or someone who is rampant at time travel – Silver.
5) There is a plot! It seems as though a new enemy is making time portals and now Sonic must team up with his past self. What’s interesting about this is – does that mean they will explain WHY he changed in the first place? Or WHY the jump from Mobius to Earth? Interesting indeed.
“Sonic Generations will certainly be a fitting celebration for Sonic’s 20th Anniversary,” commented David Corless, Global Brand Director for Sonic. “By having the classic 1991 Sonic that many fans know and love team up with his modern day incarnation, we are bringing back the nostalgia of the early days of Sonic and combining it with the innovation and stunning HD technology of the modern gaming era. Sonic Generations will bring to life the last twenty years of Sonic’s universe in a truly unique and imaginative way.”
What are your thoughts?
Ed. Note: Have a youtube video.  Spanish, yes, but gameplay goes beyond the language barrier.